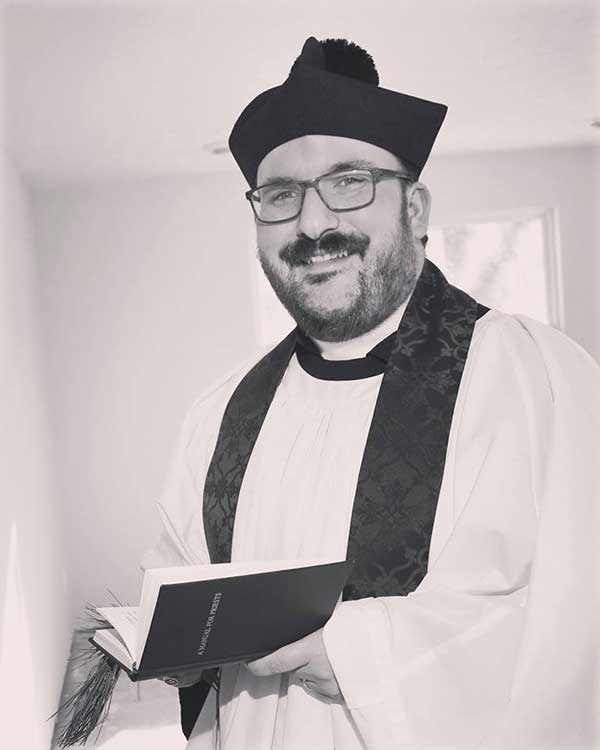 Fr. Dave comes to St. Thomas after serving in healthcare chaplaincy, first at Aurora St. Luke’s Medical Center in Milwaukee, WI and at UH Rainbow Babies and Children’s Hospital in Cleveland, OH. He is 2015 graduate of Nashotah House Theological Seminary in Wisconsin and also holds a Bachelor of Arts in Classics from the University of Massachusetts Amherst. Prior to entering ministry, Fr. Dave was a teacher of English as a Second Language and taught in South Korea, China, and in the United States. 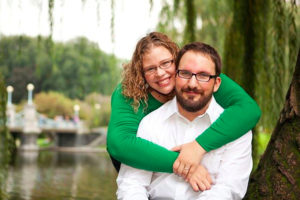 He is married to Lorrin, who is an ordained United Methodist clergywoman serving in the greater Cleveland area.

Fr. Dave has a keen interest in Christian spirituality and theology and seeks creative ways for the Church to address the needs of 21st century America. Some of theologians that have influenced Fr. Dave’s ministry include Karl Barth, Lancelot Andrewes, Michael Ramsey, and St. Augustine. He is passionate about teaching, pastoral care, and about creating vital and transformative worship that is rooted in our rich Anglican/Episcopal tradition expressed in the Book of Common Prayer.

He is a member of the Society of Catholic Priests, as well as several Anglican devotional societies. As a native 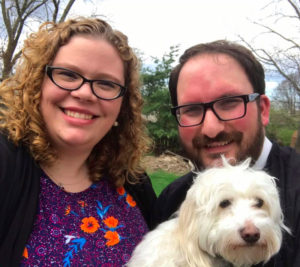 He is a member of the Society of Catholic Priests, as well as several Anglican devotional societies. As a native New Englander, he loves swimming, being out on the water, and hiking. Fr. Dave is also a lifelong Boston Red Sox fan though he suspects the Indians will begin to grow on him as he settles into the Cleveland area. He also enjoys reading novels, poetry, and a wide array of non-fiction.

You can also find Fr. Dave browsing used bookstores or the several art museums in the area on his days off. He and his wife Lorrin live in Seven Hills, OH with their incredibly spoiled fluffy white dog named Becket.