Who Was Saint Thomas, The Apostle?

The Gospel according to John records several incidents in which Thomas appears, and from them we are able to gain some impression of the sort of man he was.

When Jesus insisted on going to Judea, to visit his friends at Bethany, Thomas boldly declared, “Let us also go, that we may die with him” (John 11:16). 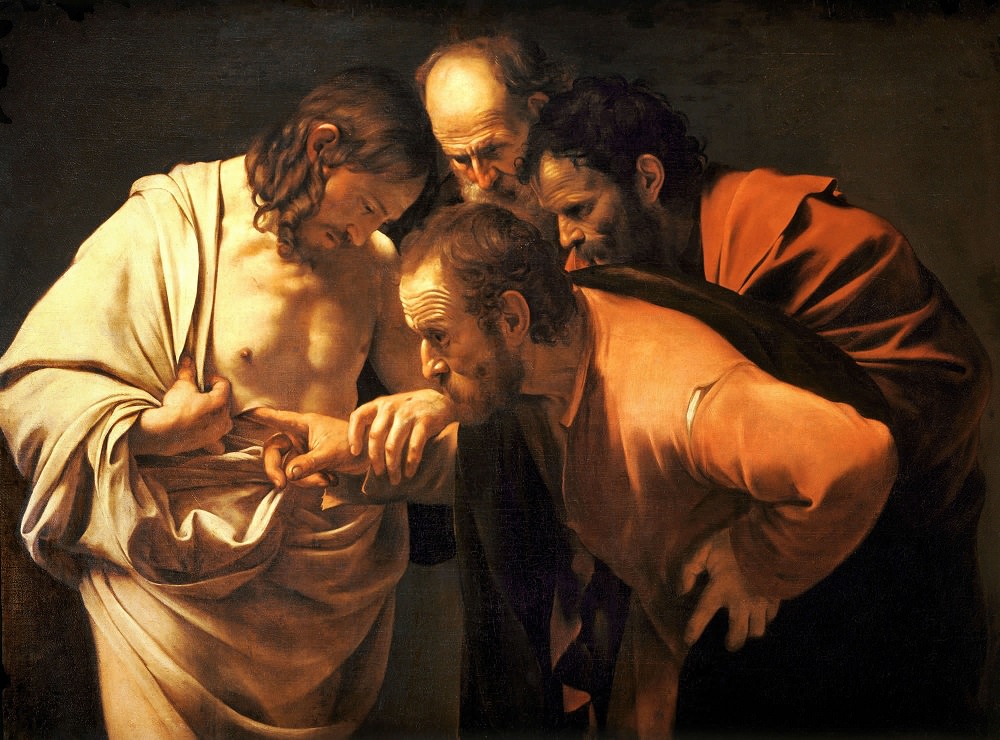 The Incredulity of Saint Thomas – 1602

At the Last Supper, he interrupted our Lord’s discourse with the question, “Lord, we do not know where you are going; how can we know the way?” (John 14:5).

And after Christ’s resurrection, Thomas would not accept the account of the other apostles and the women, until Jesus appeared before him, showing him his wounds. This drew from him the first explicit acknowledgment of Christ’s divinity, “My Lord and my God!” (John 20:28).

Thomas appears to have been a thoughtful if rather literal-minded man, inclined to skepticism; but he was a staunch friend when his loyalty was once given. The expression “Doubting Thomas,” which has become established in English usage, is not entirely fair to Thomas. He did not refuse belief: he wanted to believe, but did not dare, without further evidence. Because of his goodwill, Jesus gave him a sign, though Jesus had refused a sign to the Pharisees.  His Lord’s rebuke was well deserved: “Blessed are those who have not seen and yet believe” (John 20:29).  The sign did not create faith; it merely released the faith that was in Thomas already.  According to an early tradition mentioned by Eusebius and others, Thomas evangelized the Parthians.  Syrian Christians of Malabar, India, who call themselves the Mar Thoma Church, cherish a tradition that Thomas brought the Gospel to India.  Thomas’ honest questioning and doubt, and Jesus’ assuring response to him, have given many modern Christians courage to persist in faith, even when they are still doubting and questioning